Join the Maine North Atlantic Development Office (MENADO) and Pierce Atwood for a conversation with Inuuteq Holm Olsen, Minister Plenipotentiary, Greenland Representation of the Danish Embassy in Washington, DC. Minister Olsen will present a briefing regarding business opportunities in Greenland. His remarks will include updates on various infrastructure projects in Greenland as well as emerging projects in the minerals sector. The event will conclude with an open discussion.

Greenland is an autonomous country within the Kingdom of Denmark, located between the Arctic and Atlantic Oceans, east of the Canadian Arctic Archipelago. The Arctic is a rapidly emerging strategic zone, and climate change is placing this region at the center of 21st century geopolitics. As the ice retreats in the Arctic, Greenland is the focus of a new international resource rush; oil and gas deposits, ores, hydrocarbons and minerals once covered by thick ice are now becoming accessible—and the dramatic melt of Arctic sea ice is creating a new, trans-polar trading route between the Pacific and Atlantic oceans which may be possible in the next generation…

We hope you will be able to join us on Tuesday, July 21st and learn about future business opportunities in the North Atlantic region. Please RSVP by Thursday, July 16th. 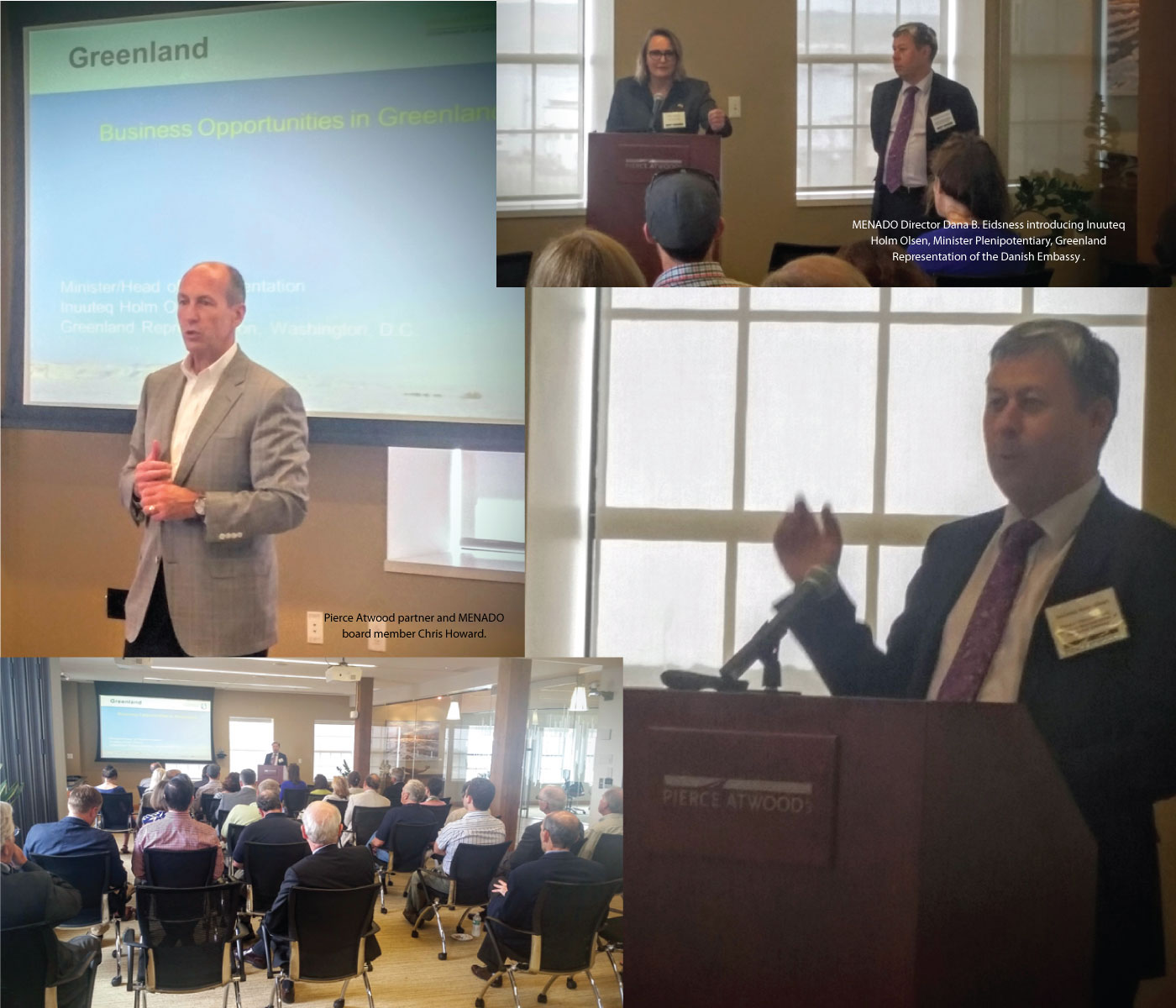